Dr. Kimberly R. Bergendahl is an Assistant Professor in Residence in the Department of Political Science at the University of Connecticut.  She received her B.A. from Southeastern Massachusetts University and her M.A. and Ph.D. from the University of Connecticut where her research focused on the role of the U.S. Senate in the U.S. Supreme Court appointments process.  Dr. Bergendahl has taught courses in the fields of Public Law, American Politics, and Political Theory.  Her current research interests include Political Science education and civic engagement as well as a comprehensive study of how popular culture has led to changes in the law.  Dr. Bergendahl serves as the Internship Coordinator for the Department of Political Science and is the advisor for Criminal Justice minors in that department.  She is also the faculty advisor to the College Republicans and The UCONN Wounded Warrior Project.  Dr. Bergendahl has been active in local politics having served previously as the Chair of the Pomfret Republican Town Committee and is currently serving on the Planning and Zoning Commission in that town.  A native of Rhode Island, she now resides in Pomfret Center, Connecticut with her husband, John, an Associate Professor of Civil and Environmental Engineering at Worcester Polytechnic Institute.  They have two children, Thomas and Meredith, as well as a chocolate lab named “Reagan.”

Phil Birge-Liberman is originally from Boston, and is a huge Red Sox fan. He joined the UCS faculty in the fall in 2013, and taught previously at Syracuse University, Framingham State University, and Bridgewater State University. As an urban-historical geographer, his research examines the changing social practices of urban park use, the privatization of public space, and the relationship between the restoration of historic parks, gentrification and urban sustainability.

Syma Ebbin is an interdisciplinary scientist, well versed in both natural and social sciences. She engages in research focused on the institutional and human dimensions of environmental and resource management and policy. Much of her work has examined participatory management approaches and the role of institutional structure on social and ecological outcomes. She has worked and published extensively on the co-management of Pacific salmon in Alaska and the Pacific Northwest. More recent work addresses climate change adaptation needs in coastal areas.

Professor Harmon is associate professor of economics at the University since 1994. He teaches economics courses in online format since 2004. He publishes articles in academic journals on the subject of economic education, and state and local tax analysis. He developed tax-revenue estimating software (TAM) for the Office of Policy and Management in the Executive Office of the Governor of Connecticut. He has consulted for the Connecticut and New York Legislatures, served as an expert witness and consults on the design of online/blended courses. He was a recipient of the Grillo Teaching award 2012, the Chancellor’s Information Technology Award 2000 and was awarded a Large-Impact Grant from the Institute of Teaching and Learning. 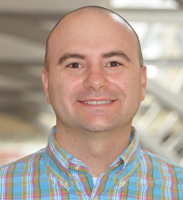 Mark Kohan is a teacher educator and assistant clinical professor in the Neag School of Education at the University of Connecticut. Before coming to the University of Connecticut, Dr. Kohan was founding director of the Center for Hope & Justice Education at the University of Cincinnati. His work there included grassroots youth and community organizing to support and unite student and teacher voices with teacher educators and other cultural workers in the region. Partnering with such organizations as The National Underground Railroad Freedom Center, The Center for Holocaust & Humanity Education, and the Cincinnati Reds Urban Youth Academy, Dr. Kohan worked to create new educational and professional development opportunities for school-community-university stakeholders to collaborate through principles of action research. His teaching career began as a high school English language arts teacher and teacher leader at a public alternative school in West Virginia. Those experiences, along with fellowships with Freedom Writers Institute and the National Writing Project, inspire him to work towards more inquiry-based and culturally-responsive educational partnerships that support community development and educational change. 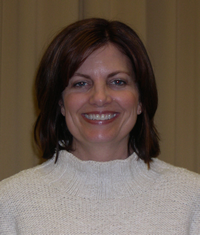 Susan L. Payne is an Associate Clinical Professor in the Neag School of Education at the University of Connecticut.  She teaches courses within the Integrated Bachelor/Masters program and works with pre-service teachers in Professional Development School Districts.  Susan was the director of a post-baccalaureate teaching licensure program for six years at the University of New Mexico.  She also taught students with special needs for nine years and was a secondary English teacher for five years in the Albuquerque Public School District.  She is a National Board Certified Teacher in secondary English.

As a Cambodian refugee, Rasy Mar is an active member of the Cambodian community.  Mar is very aware of the challenges faced by immigrants who have no knowledge of the language or customs here.  She is often called upon to act as interpreter during medical visits, explaining what the doctors said and meant.  Upon earning her MPH from the University of Connecticut she accepted a position at the health center.  She develops and maintains community relationships between the medical students and outside organizations where they learn about health disparities, cultural barriers and other aspects of medicine not found in a classroom setting.

Mar spearheaded seminars to promote better understanding of the various cultures and communities in Connecticut.  As Co-chair of the Awareness and Outreach Committee for the Connecticut Multicultural Health Partnership, she hosted numerous viewing of the film Unnatural Causes ‘Place Matters’ on the social determinants of health and strategies for change.

Mar is passionate about learning, educating, and increasing cultural awareness.  She dedicates a significant portion of time to family and friends, is active in her sons’ school and sports activities, and enjoys running and playing tennis. 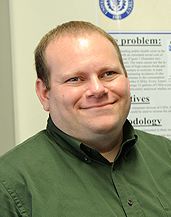 Adam N. Rabinowitz is an Assistant Research Professor in the Zwick Center for Food and Resource Policy and the Department of Agricultural and Resource Economics at the University of Connecticut.   His research interests are in food marketing, food policy, and consumer behavior where he has authored numerous publications on policy issues including retail milk pricing, geographic food access, and marketing to children.  He has also participated in national conferences including serving as an invited panelist on issues of food security.  In addition to academic research, Adam works with community partners on extension/outreach work, such as developing the 2012 Community Food Security report that ranked the 169 Connecticut towns in areas of risk, food access, and utilization of food assistance programs.  Beyond research and extension responsibilities, Adam teaches undergraduate courses on food policy and marketing and consumer behavior.  Adam holds a B.A. and M.A. in economics from the University of Nevada, Las Vegas and a Ph.D. in agricultural and resource economics from the University of Connecticut.  When not busy at UConn or with community partners, Adam enjoys spending time with his family and coaching his son’s little league team. 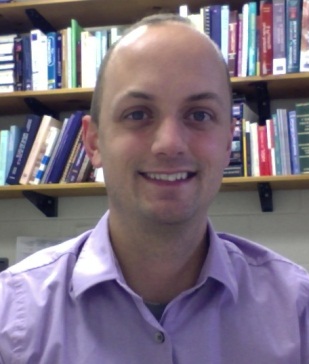 John received a Bachelor of Science degree from SUNY Buffalo in Biochemical Pharmacology and completed his doctoral studies in Biomedical Science at UCONN Health Center.  As a cardiovascular biologist, his research has focused on understanding the molecular and cellular mechanisms underlying heart failure, and has been sponsored by the American Heart Association.  John is currently appointed in the department of Physiology and Neurobiology at UConn, and teaches high enrollment Anatomy and Physiology courses.  He is currently working on an educational research project exploring the effectiveness of new pedagogies for science undergraduates, and developing strategies to boost scientific literacy on campus and in the community.

Dr. Wagstrom’s research interests focus on improvements and novel applications of modeling to understand the impacts of air pollution to human health.  The scale of modeling of interest ranges from individual lung modeling to global chemical transport modeling.  Much of the focus of her work is around understanding the impacts of particulate matter specifically.   At the University of Connecticut she plans to pursue research in the following areas: particulate matter number sources, ultimate fate of air pollutants, modeling over multiple scales.